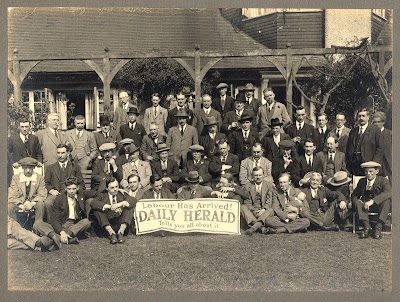 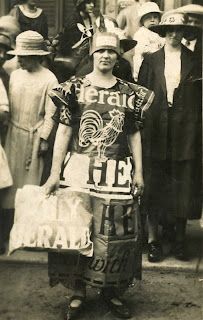 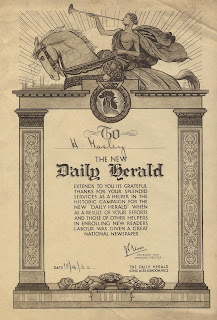 Daily Herald started as a life as a paper of the London print workers strike in 1911, it was revived by George Lansbury as a Labour Party newspaper and later by the TUC


A letter to the Daily Worker (A. Fitter ?? ) Leamington Daily Worker 10th May 1940 gives somer idea how the Daily Herald popularity spread in the early days

"In 1915 I was working on engines for the first tanks in Coventry, I was the only (Daily) Herald reader in the canteen, I was a target for cold potatoes and other scraps, then I bought two copies leaving one on the table or in the bus or train and at the end of the year there were some dozens of copies being read in the canteen passed around and looked at by ten times as many men. That experience is of value today. The more the millionaire press raves against the Daily worker the keener readers be to secure a copy!
Posted by Michael Walker at Sunday, April 07, 2013