At 3:30pm on the 2nd November 1938, the Spanish Republican merchant ship the Cantabria captained by Manuella Ardulles was half way into a voyage between Gravesend and Sunderland, when it was caught in an unprovoked attack by the rebel Spanish fascist gunboat the Nadir (the alias of the Cuidad de Valencia) in the North Sea, seven miles west of Cromer light vessel, Norfolk.

The bombardment of the Cantabria rattled windows of houses in Cromer and crowds gathered on the Cromer cliff tops to witness the shocking events .

The Auxiliary Cruiser SS Monkwood was dispatched to investigate the attack upon the Cantabria but as Britain was part of a "non intervention pact" it did not react to the bombardment, It was left to the Devon captain of the Pattersonia from Blaydon, Newcastle, Captain J. Blackmore to force his way between the attacking gun boat and the unarmed Republican merchant ship to rescue the crew from the sinking boat.

Despite the Cantabria flying white flags the Nadir, continued to bombard the steamer, bravely the Pattersonian moved in close to rescue eleven crew members including Captain Ardulles, his wife Trinidad, his two children and members of the crew, despite continued attempts by the Nadir to ram the Pattersonian. 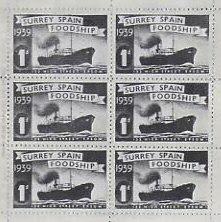 After landing at Cromer, the crew made their way to Lowestoft and then on the East Anglia express to Liverpool Street,London,On reaching their destination huge cheering crowds gathered to welcome them and show support for the Republican cause, those present included Senior Alvarez Buyllis Spanish Consul General.

Today this attack by Franco's rebel forces would be labelled a War crime, in 1938 the Conservative National Government was still pursuing a policy of appeasing fascist governments and attempted to play down the incident.

Over 2,500 British men and women joined the International brigade to defend the democratically elected republican government of Spain against the fascist uprising led by Franco. 500 of those volunteers died for a cause that millions would later die for in WW2. 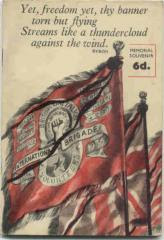 The wreck of the Cantabria lies off Cromer,Norfolk 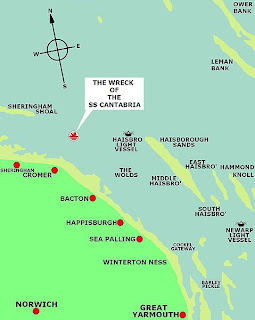