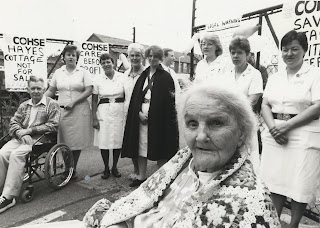 Hayes Cottage Hospital Occupation (Work-in) for 24 hours circa 1990 organised by COHSE Hillingdon & District Branch. This was the second occupation in opposition to the proposal to sell off Hayes Cottage Hospital and was successful in securing redeployment for all staff within the NHS.
Posted by Michael Walker at Thursday, December 11, 2008

The Return of the International Brigade 1938 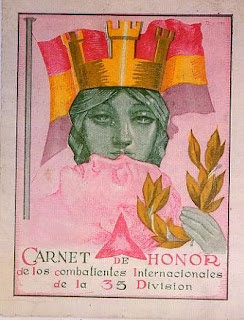 When it was all over and the station was almost quiet again, the oldest porter to be found was asked if he had ever seen anything like this. "No", he said, "I saw nothing like it even at the end of the last war" Replying to speeches of welcome to the returning Brigadiers, Sam Wild, Commander of the British Battalion said:

"We intend to keep the promise we made to the Spanish people before we left — that we would only change our front and continue to fight in Britain for the assistance of "These extracts from "newspapers of the time convey the atmosphere as the Brigadiers returned home: 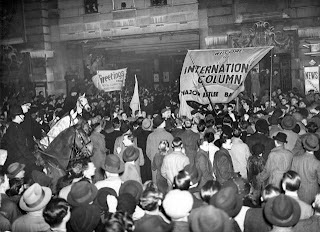 From the Daily Worker,

At last the train steamed into Victoria Station;, and from its windows there waved the flags of fifty-two nations. Even before it stopped, mothers and sons, wives and husbands were re-united.

From the evening paper Star 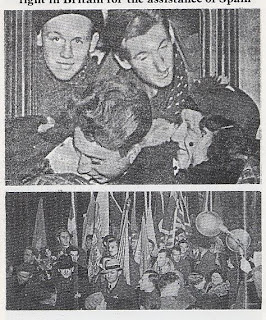 Led proudly by their wounded comrades, the men marched into . With them marched the spirit of Byron, the Tolpuddle Martyrs, the Chartists, Keir Hardie ... 's bravest fighters for liberty through the centuries. Behind and around them marched twenty thousand British democrats- Men as well as women wept and cheered alternately; It was no political affair for all parties were represented, both on the platform and in the crowd. It was British democracy spontaneously expressing its abhorrence of Fascism and its appreciation of bravery.

These men have made history, by forming part of the greatest international democratic army the world has ever known. They have inspired the world by their example.

Something of this seemed to enter into everyone who was at last night, and the memory of it will never be eradicated"

Sam Wild commander of the British Battalion of the International Brigade, was quoted as saying:

"The British Battalion is prepared to carry on the work begun here to see to it that our 500 comrades who sleep for ever beneath Spanish soil shall serve as an example to the entire British people in the struggle against fascism. 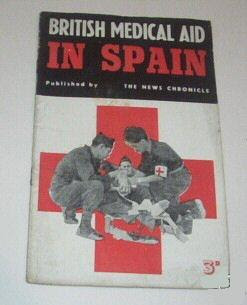 Those who were killed included member of the nursing and ambulance volunteers sent by the Spanish Medical Aid Committee (SMAC) established 1st August 1936.

Below video of
Maxine Peake reading the "Farewell to the International Brigade " given originally by Dolores Ibarruri in 1938.