RADIO MOSCOW
Radio Moscow was the official Radio station of the Soviet Union, it started broadcasting in 1922, powered at 12 kilowatts ,this was at the time the most powerful Radio station in the world.

"Not even a rustle is heard in the garden.
Here everything stands still until morning.
If you only know how dear evenings near Moscow are to me"
Words by M. Matusovski
Music by V Sdlovyov-Sedoi

Radio and TV day was celebrated in the Soviet Union on May 7th. This day marks the anniversary in 1895 (7th May) when Alexander Stepanovich Popov(1895 -1906), a teacher of the Kronstadt Mine School, read a paper on "The relation of Metallic Powders to electric Oscillation" and demonstrated the first radio receiving set in the world. Popov effected ship-to-shore communication over a distance of 6 miles in 1898 and 30 miles in 1899. It is therefore probable that Popov and not Marconi can be considered the true Father of Radio.

Popov was a supporter of reform in Russia and strong believer in the principles of academic and political freedom, was ordered by the Tsar to crack down on students at the Electro Chemical Institute in 1905, this it is said caused a deterioration in his already poor health and lead to his untimely death aged just 46.

In 1945, on the 50th anniversary of the reading of Popov's paper at Kronstadt , the Soviet government decreed that May 7th be annually marked in the USSR as Radio Day,

Vladimir Ilyich Lenin's radio address on the overthrow of the Provisional Government may be practically considered as the Worlds first radio broadcast.

These initial broadcasts were in Morse code, it was not until around 1920 that a group of Soviet scientists were able to transfer human voice via Radio waves. Finally In 1921, using the new technology, a powerful station was set up to broadcast every day for a few hours. The new program was called the "Spoken Newspaper of the Russian Telegraph Agency,

"Every village should have radio! Every government office, as well as every club in our factories should be aware that at a certain hour they will hear political news and major events of the day. This way our country will lead a life of highest political awareness, constantly knowing actions of the government and views of the people.." 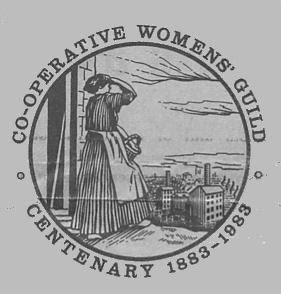 1923 Congress of
The Women's Co-operative Guild

"The view was expressed that in the interest of developing international understanding the Co-operative Union should inform the movement of the conditions of labour of all natives employed by British Wholesales." 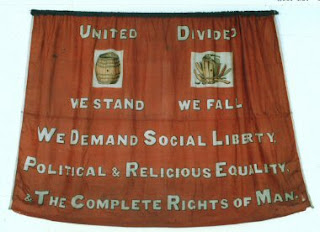 Denham Branch
National Agricultural Labourers Union 1872
"When at Denham the winter before last I found 18 adults out of the small population, destitute of employment and poor rates higher than they have ever been"
John Bedford Leno May 1872


At 6pm on Friday 12th April 1872 two to three hundred agricultural labourers assembled at the quiet village of Denham, Buckinghamshire to discuss their grievances and adopted measures for an increase of wages and shorten the hours of labour.

Poverty as a passing peer inside the cottages evidence that poverty of the direst was prevalent.

The place of meeting was alongside a wall that bounds one side of the highway, a large table to do the duty as a platform

The men had come to hear the union organiser Robert Clay for the National Agricultural Labourers Union.

At the meeting reference is made to the plight of John Smith of Stretton on Dunsmore (near Rugby), who was rebuked for living extravagantly in supporting his family on 11s a week, when a loaf of bread cost 8d.

It was reported at a following meeting of the union in May 1872 that the Denham union branch had fourty members and had sent delegates to the April conference in London (Willis Room,King Street, St James, London now Almack House).

Auberon Herbert, Liberal Member of Parliament for Nottingham had stated that

"the trade societies (unions) were barriers between us and revolution"

Apart from John Bedford Leno, Lieutenant Whellams was a key organiser of the agricultural workers locally.

One Farmer a Mr King of Denham agreed to advance the wages 2 shillings, he had not been asked to do so but it was a voluntary offer. Meanwhile Major Gaskell JP was sympathetic to better labourers and cottages but "depreciated unionism generally as a selfish principle"

An elderly man named Robinson spoke at Denham, stating he had followed the plough for thirty five years and once earn't 35s a week and could compete with any man in Bedfordshire.

One of our poets stated
A blessed prospect,

"To toil while there is strength, in age the workhouse, A parish shell at last, and the village bell tolled hastily for the pauper's funeral"

"It was wrong that women should be compelled to work in the field at all, and considered that every Englishmen ought to earn sufficient to provide for his family and keep the women in the household. so far as single women were considered he actually believed that it was the for runner of a great deal of immorality

The men of Wooburn had attended a large meeting (400-500) and joined the union. Whellams being meet at the station and proceeded by the town band to the meeting.

The meeting took place in front of the Greyhound Public House, where a table and chairs were arranged for the speakers

150 to 200 were present and they started the proceedings by singing the unions anthem with the chorus "Come and join the union...there's nothing like the union"

A picture of Joseph Arch the leader of the union was then shown to the meeting,

It should be remembered that Joseph Arch the union President was considered "agitator, an apostle of arson, who was setting class against class

"Joe Arch he raised his voice,
'twas for the working men,
Then let us all rejoice and say
We'll all be union men"

Whellams reported that one agricultural labourer had been horse whipped for daring to join the union.

"I hold to be the founder and organiser of those unions already formed or bring formed in the immediate neighborhood of Haddenham, Long Crendon , Stone, Aylesbury Cuddington,. (Richardson) "having been the only speaker upon the subject in these parishes at present, having defrayed the whole expenses of thirty open air meetings out of my own private purse."

George Howell, a bricklayer and active trade unionist fought Aylesbury as a Labour candidate in 1868 and again in 1874, a startling and daring innovation for those days. He got much support in the villages, and when threatened by Tory roughs was able to muster a bodyguard of labourers carrying sticks from surrounding villages. The labourers of Haddenham, long a stronghold of radicalism and later on of the union, were prominent in support of Howell

Born in St. Ives, Huntingtonshire, England on 8 January 1842, he was educated in private schools in Cambridge. In 1866 he moved to Liverpool and entered business as an insurance and shipping agent.

He first visited Canada in 1872 and was successful in obtaining governmental support for agricultural immigrants. In 1876 he was commissioned to visit Manitoba and make a report on its potential for immigration. He travelled west from Winnipeg by ox-cart and was so impressed with the agricultural possibilities that he made application, and obtained for colonization, six townships on the Little Saskatchewan River just west of the old Manitoba boundary line. On this land he founded the present town of Rapid City.

On 14 January 1886, he married Charlotte Emily Sudlow of Liverpool and had seven children. In 1892 he went to St. Paul, Minnesota but returned to Winnipeg in 1910 to become business secretary of the Millions for Manitoba League. He was later secretary of the Western Canada Development Bureau. He wrote many articles for the newspapers and periodicals of the day, in which he extolled the advantages of settlement in Manitoba.

Whellams died in Winnipeg. The funeral was from St. Martin’s Mission with interment in St. John’s Cemetery.

The banner was left to Nuffield College, Oxford . A 1961 letter in the associated documentation for this banner states:
‘Although the banner is probably the only one in existence belonging to the unique period of Joseph Arch’s great union, it was not… the most unique feature of the collection. Pride of place must go to the minute book of the Oxford branch which [the donor] left to Nuffield College. This showed conclusively that a branch was in existence in the Wychwood area of Oxfordshire before the date of Arch’s meeting under the Wellesbourne chestnut tree. // More important… was the evidence it provided to support [the] theory that one of the chief causes of the failure of the National Agricultural labourers Union was local autonomy. Any of the individual branches based on hamlet or village were at liberty to give strike notice so long as the committee based on Oxford agreed.’